Almost every AMD fan who had just bought a powerful new Ryzen processor has the same dilemma – which motherboard to go for? Finding the appropriate motherboard for the new Ryzen CPU is even more complicated now that AMD has launched the new AM4 X470 platform, which is the successor to X370 chipset and is already quite popular with PC enthusiasts.

The primary question here is how much did the company improve their flagship chipset? Is X470 really that better than X370? Let’s take a closer look at these platforms and find an answer to this question.

And if you want to see our full AM4 motherboard list and a guide, you can see it here.

You probably remember that X370 chipset was among AMD’s six new platforms capable of supporting the AM4 socket that came with the brand new Ryzen CPUs. We can safely say that the motherboards with this chipset have some particularly good overclocking capabilities, and they also include SLI and Crossfire support as well the new-gen USB ports and have an increased amount of PCI-e lanes. 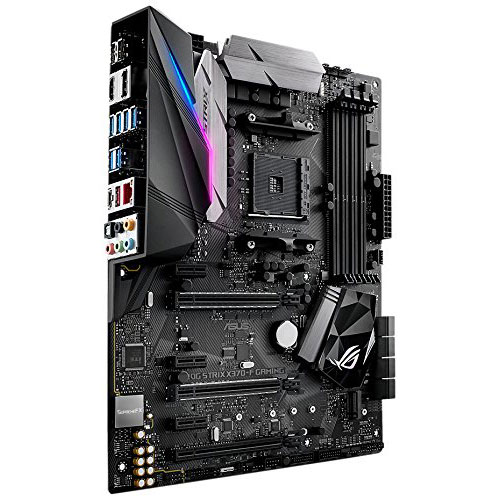 The thing that makes this chipset desirable is that using it is a piece of cake – both the casual PC users and the enthusiasts love its ease of control and the overall simplicity. To put it simply, one doesn’t have to be an expert to overclock an X370 motherboard and boost its performance. Furthermore, the platform’s SLI and Crossfire support are of great help when one wants to get the most out of his gaming rig – all it takes is bridging two GPUs without the need to do any fine-tuning and tweaking.

PC users who are interested in multi-GPU rigs and modest overclocking will find that an X370 motherboard is one of the best entry points. The well-designed UI that comes with these boards can only confirm this statement – it removes the hassle and makes things so much easier.

It’s no wonder that many PC users decided to patiently wait for the launch of AMD’s X470 chipset – they want the best of the current technology and that is precisely what this platform offers. Due to its numerous impressive capabilities, such as dual PCI-e slots, StoreMI storage acceleration technology, and the ability to withstand heavy overclocking, the X470 platform is undoubtedly the best choice for enthusiasts and overclockers. 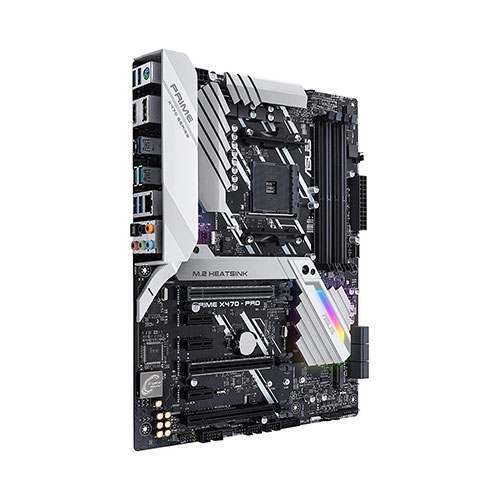 However, one of the main selling points of this chipset is the fact that it comes with Generation-3 GPU support, allowing two full x16 lanes for GPUs. And due to the fact that the multipliers are unlocked on every AM4 chipset, the overclocking capabilities of this platform are quite impressive. When combined with things like liquid nitrogen cooling, an X470 motherboard becomes dream-come-true for every serious overclocker.

This is especially important once we consider how good the new Ryzen CPUs are for overclocking – they have up to 8 cores and up to 16 threads on a single chip and therefore allow a lot of space for a serious performance boost. Another feature worth mentioning is the new XFR 2.0, which allows smooth scaling of boost clocks and works just like advertised.

In case all of these features sound too technical and complicated to you, that is probably due to the fact that the new X470 chipset is intended for PC enthusiasts and not so much for the casual users.

In conclusion, we can safely say that the differences between these two platforms aren’t really that noticeable, or, rather, they are not as crucial and essential as one might think. A PC user can use his brand new Ryzen processor on both of these chipsets, although that largely depends on the manufacturer of the specific motherboard.

However, saying that AMD didn’t improve anything would be unfair. One field in which X470 is undoubtedly better than its predecessor is overclocking – the platform’s Precision Boost Overdrive and StoreMI features make it a better choice for those who’d like to get the best possible performance out of their gaming rig.

With no deal-breaking differences between these chipsets, all we can say is that yes, AMD has improved their flagship chipset but not as much as one might expect. The price difference between these platforms isn’t really that big, so we advise going for the X470 – it’s a better choice if you want to push the hardware to its limits.

The post AM4 X370 vs. X470 Chipset – How Much Did AMD Improve Their Flagship Chipset? appeared first on Cable Tech Talk.

from Cable Tech Talk https://ift.tt/2PIKhEL
via IFTTT
Posted by Tara Smith at 12:56 PM