In case you’re a fan of the new Ryzen Gen. 2 processors, the X470 chipset is probably an upgrade you should consider. The older versions such as X370, B350, and A320 still support the new generation of processors, but with a few omitted features. This board is affordable and accessible for people on a somewhat tight budget, which is why it caught a couple of eyes on CES this year.

If you’re purely interested in aesthetics, this piece of hardware is definitely something you should check out. It’s quite a beautiful piece of hardware, and on top of that, it also performs great under various conditions which is backed up by intense benchmarks and excellent results.

Let’s dive into our review of the Gigabyte X470 AORUS GAMING 7 WIFI and see the details. 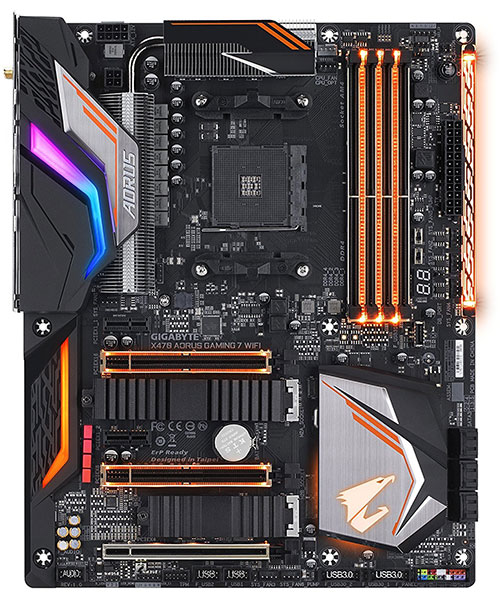 When it comes to additional features and possibilities with this motherboard, there is definitely no shortage of them.

Thermal design isn’t as innovative as one might expect, but we can freely say it’s incredibly efficient due to the stacked fin design. The armor shrouds on the VRMs are also useful as well as aesthetically pleasing. In fact, Gigabyte has confirmed a 40% temperature improvement (decrease) through their benchmarks.

The IO is also shielded and contains a power/reset button as well as ClearCMOS button. That might not seem too impressive, but if you’re using a test-bench instead of a full case, it comes in handy. 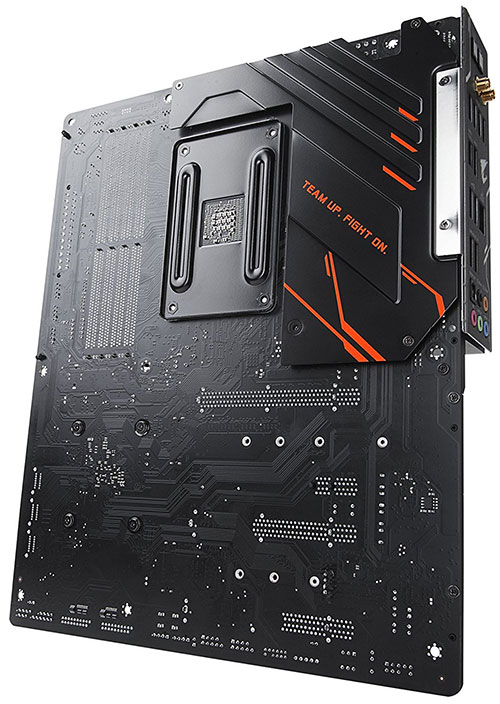 The PCIe slots are reinforced with metal which seems like a gimmick, but you can rest assured that it also has a practical purpose. If you’re interested in configuring a RAID array, it’s quite simplified thanks to the dual M.2 slots. RAID configurations can often be a nuisance and pose a threat to one’s data if not configured correctly, but doing it on the x470 chipset is a piece of cake.

The audio codec is good, especially when it comes to reducing distortions and low-volume issues. It also auto-detects impedance which provides high-fidelity audio.

The USB Type-C front panel connector is a neat touch partly because it’s new technology and because it’s a convenient solution for fast-charging various devices.

As far as the advantages go, there are far too many. The first and probably most important one is the Ryzen 2nd generation support with a comprehensive UI which allows you to tweak, tune, and overclock your new CPU without worrying about potential damage.

On top of all technical features, the aesthetic aspect of this particular motherboard is amazing. While it’s more a matter of personal preferences, we can safely say this is one of the better-looking motherboards we had the honor to review.

As for the shortcomings, some people complain about the price being too high, but if you account the technology involved, the premium price doesn’t seem too out of order.

from Cable Tech Talk https://ift.tt/2mChgNp
via IFTTT
Posted by Tara Smith at 11:14 AM